Picture this: Lee Narraway is lying flat on the cold Arctic ground in the middle of a trail the caribou favor for their migration, her camera propped on a flat rock. She can’t quite see the herd approaching, but can hear the clicking of hooves on the rocks in the distance. She can hear the animals snorting as they approach. Covered in bloodthirsty mosquitoes, she has willed herself not to budge because the caribou are skittish: any movement might scatter them. She draws a breath, waits for exactly the right moment, points her camera and shoots.

If taking pictures in the High Arctic is an art unto itself, Narraway is a master painter. Her powerful portraits of the North – its resilient people, remarkable wildlife and ever-changing landscapes – are the product of a hybrid of patience, persistence and the kind of outdoors smarts that can’t be ordered from an L.L. Bean catalogue.

“You can’t just fly in someone with no experience in the Arctic,” says Narraway. “Clients send me up because they are pretty sure I know what I’m doing and they know I won’t get killed or freeze to death. I know how to travel with the Inuit on sleds and stay in tents or igloos.”

Narraway, who makes her home in the country near White Lake, Ontario, has been packing up her camera bag and heading north several times a year for more than a decade. She is fascinated by the harsh beauty of the Arctic and the resourceful people who inhabit it.

“The Inuit have a much different attitude towards life. Traditionally, they have had to be more patient. They don’t run around the way we do in the South. They are so in touch with their land and the environment. It’s nothing for them to go out to a seal hole and stand there all day, waiting.”

That sense of patience – of waiting for the right moment – has had an impact on how Narraway approaches taking pictures.

“You can be sitting on the ice at the edge of the Arctic Ocean and you might see an iceberg drift by. And then, all of a sudden, a bowhead whale swims out into the water right in front of you.”

Sometimes she is too patient. Narraway recalls rousing herself from her tent early one morning to find a polar bear, nicely framed by two crumbling icebergs, heading toward the campsite. She grabbed her camera and started to shoot, shouting “We’ve got company!” almost as an afterthought. One of her fellow campers rushed outside and fired a rifle into the air, scaring off the fast-approaching beast. “I said, ‘What did you do that for?’ My friend said, ‘You had 10 seconds.’ You forget things when you’re taking pictures.”

Narraway got her first camera around the time she was 10 and has been framing life in a lens ever since. She moved into professional photography about 30 years ago when a Renfrew studio owner needed help shooting weddings. A divorced mother of two, she was waitressing in a bar at the time, but also has managed support programs for street kids, seniors and the mentally ill. Largely self-taught in photography, she now teaches it when not on assignment to Australia (her images have been used internationally to promote the National Parks of Australia) – or in the Far North, where she shoots for Parks Canada, Nunavut Tourism, the Canadian Coast Guard and a host of others. Many of her photos lend themselves to excellent use by Earthlore’s clients. 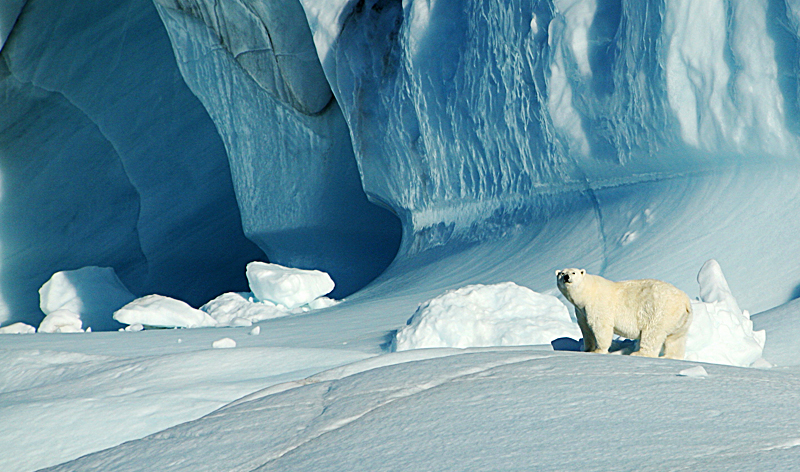 “She has an ability to capture a sense of place and a sense of subject in an honest and emotional way,” says Don Runge, Earthlore’s managing director. “Her work has an endearing, evocative quality. It triggers a response.”

You have these people with these beautiful faces who speak a different language. You have to figure out a way to communicate that will not be offensive and will encourage them to let you take their picture. I’m very fortunate to travel the Arctic with the Inuit. I’m very lucky to have them accept me, even though I am not from their culture.

The North suits her. The daughter of a federal government naturalist – a favourite childhood memory is snowshoeing out to the bush to install new duck nesting boxes and clean out the old ones – Narraway’s preference has always been to be outdoors.

“In the North, if you get out of town, if you are just beyond the town, you can stand there and hear … absolutely nothing. There are no traffic noises, no sirens, nothing. If the wind is blowing, you hear the wind. If there are birds, you hear them singing. But in the winter, you hear nothing. And you can see forever. There are no buildings to block the view.”

There is also no limit of things to photograph.

“If you’re photographing for a national park, basically everything is a subject. You’re shooting every little piece of moss, lichen and flower. You’re shooting birds, animals, the weather, and the erosion – all that kind of thing. You’re shooting constantly; you never stop. You think you’ve shot everything, so you put away your camera and tripod and walk a bit further and then you see something else, something entirely different. So you take everything out and you start again.” 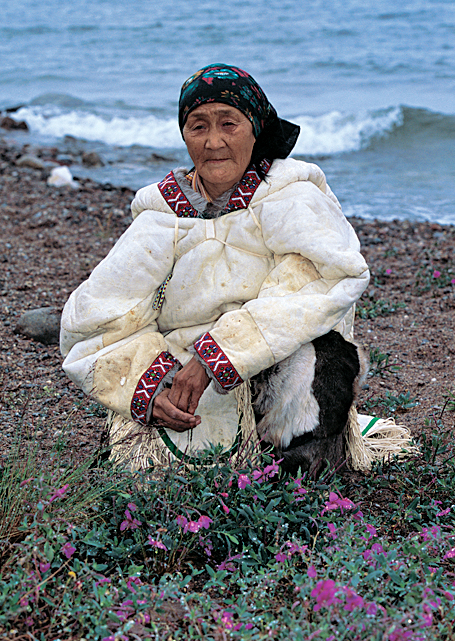