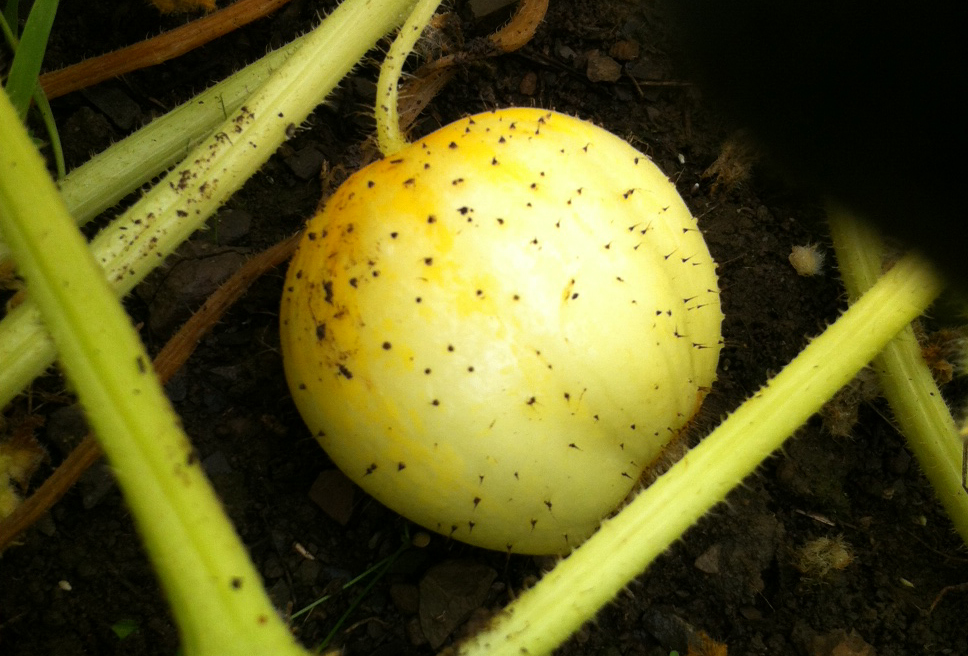 Heirloom and Native Foods for Thought

Here’s a photo of a heritage “Lemon Cucumber” growing in my garden right now. It’s got me thinking about “heirloom” (North American) or “heritage” (UK) foods versus native foods and what the differences are. These little guys from Australia were introduced here in 1894. Here in North America, “heirloom” food plants were probably imported from another country, cultivated for 50 – 100 years using pre-WWII, and modern, industrial agricultural-practices.

But native plants grew wild and are indigenous. First Nations people discovered which plants were edible, and which ones were not, and developed farming methods to cultivate them. I’m not sure if they had cucumber, but they did have squash, beans, and corn known collectively as, “The Three Sisters.” They farmed them and grew them together for high yields. The beans ran up the corn and thrived, producing more nitrogen in the soil, which corn needs. The squash grows close to the ground, producing huge-leaf cover, shading the shallow roots of the corn, keeping the ground moist, and the weeds down.

The Three Sisters were the first companion plants, protecting and enriching each other, and produced higher yields than if they were planted separately. Growing and storing food is very gratifying and delicious. It inspires me to investigate the history and origins of food plant discovery and cultivation. (Click to watch the video)

« Previous PostWHAT’S UP? – Standing up for CHEO Next Post »Discovering Auyuittuq National Park